External dedicated web-page: +me:motivating children with Autism Spectrum Disorders to interact socially through the use of Transitional Wearable Companions.

Topic and its relevance. Autism Spectrum Disorder - ASD-  are a set of neurodevelopmental conditions characterised by the impairment, in varying degrees, of three basic areas forthe psychic development of children: the social interaction; the communication (both verbal and not); the repertoire of activities and interests. This project is direced to realise an interactive wearable device, the "+me",  that can supports and motivates social interaction, and contributes to develop communication skills, in children with ASD.

Methods. The +me is an interactive soft-touching pillow endowed with sensors (e.g., touch sensors), actuators (e.g., sounds and lights) and a tablet wi-fi inteface. The wearable feaures will be tested with ASD children, together with specialised therapists (Simone Scaffaro and Alessandro Medda from Insitute INI Villa Dante Division) and parents, to best develop its features. 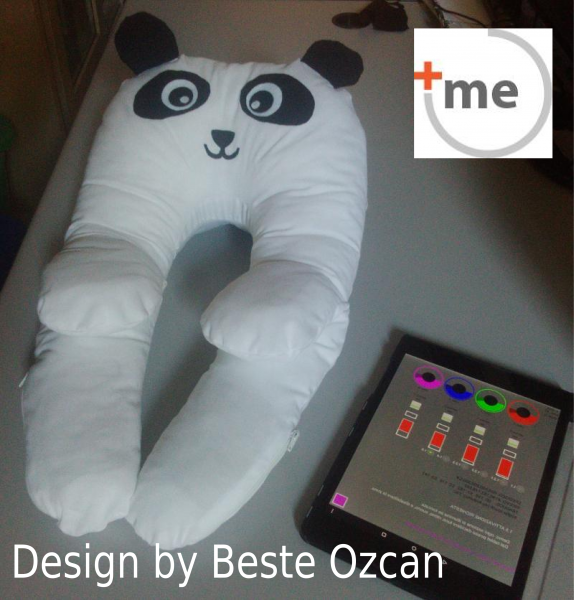 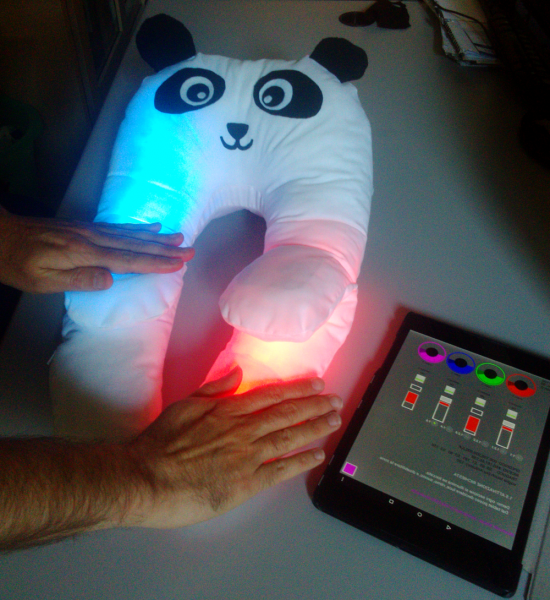 Conclusions. The wearable represents a higly-innovative device with a notatble potential to support and motivate child-caregiver and child-parent interactions based on the peculiarities of the autistic child cognition. Empirical tests are needed to validate such potential.

+ME prototype:
Videos and pics about the current +me prototype can be found here: www.plusme.it

The prototype has been:

Telling the story of an autistic child through photos (in Italian): Photos